Enigma of the afternoon 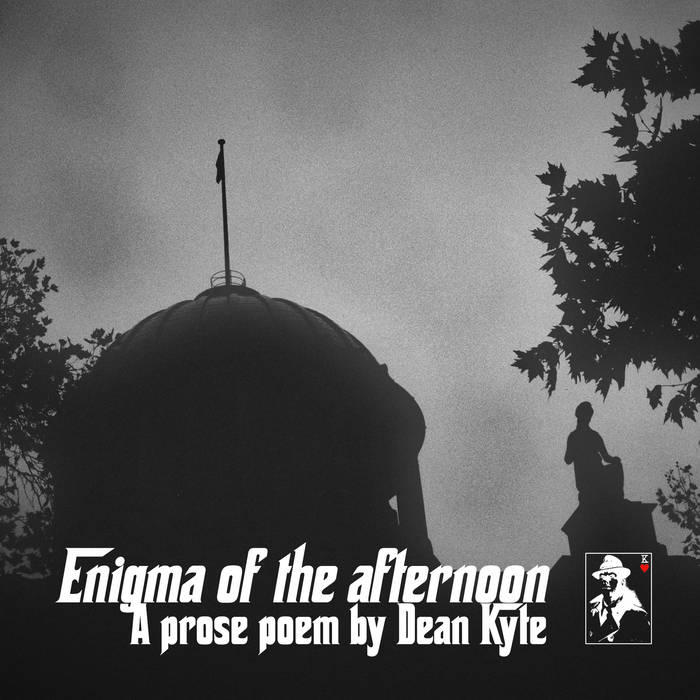 In this prose poem, Dean Kyte meditates on one of Melbourne’s most alluring paradoxes...

There is a corner of Little Bourke street between Thomson and Little William streets, opposite the Supreme Court, where, in certain empty hours of certain vacant afternoons, an absent population gives voice to the unattended square. The flâneur, pausing in the shadow of the Supreme Court, overhanging the narrow ledge of sidewalk, feels his feet diverted by the mysterious magnetism of the hour and the place, twittering to itself.

The occidental rays, from Footscray, send a slanting finger through the narrow file, reaching towards Chinatown, gilding to acacia the verdant leaves of the plane trees which curtain the square. The flâneur, whose hesitating feet stumble on the eerie ambiance of hour and place, stops altogether, loitering without intent yet feeling strangely criminal as he lingers in the brown umbral of the Supreme Court.

The reverberant murmur of the twittering square seems to rebound against its façade with unnatural loudness. Eyes search the source of this pullulating cheep in the unoccupied square, looking to the boxy eaves of the second storey overhanging the closed cafés and siestaring restaurants. The sparrowsong seems too ‘canned’ to be actually emanating from the still and empty square. Eyes search, but neither kind of speaker—no artificial amplifier secretly broadcasting the aria into the circumambient air, nor the shrill singers in their choralling quarrel—reveal their telltale presence.

The cunning flâneur, hoping to surprise the source of the enigma in flagrante, may attempt to sneak up on it on odd days, at different hours of the afternoon—but always in vain. The twittering voices of the murmuring square are, alas! invisible.

The feet are lured across the street, into the eerie square, in order to see better, to hear better where the obscure voices are hiding. The unnatural loudness of the unseen source makes this paradoxical choir seem somehow distant, uncannily close as it feels, as though far away in time rather than in space. Like a tapeloop recorded on the waxy slate of the square, the phantasmal registrations of the sparrows’ absent presence seem to cycle eternally.

The flâneur rests himself momentarily on one of the sculptural benches in the centre of the square and scans eaves, trees and street: No sign of life. Pricked ears seek a pattern which would betray the hand of an artificial arranger of this birdsong, but no trace of orchestration is detectable in the pleasant chaos.

Uncurious pedestrians pass occasionally; cars more occasionally still. Silence, pregnant with texture, accoustically fills the empty vessel of the square as neatly as if it were a cube. You seem to be the only source of conscious life in the quietly murmuring square carrying on its interior monologue. Perhaps this überreal conversation, apparently unremarqued by others, unheard by other ears, takes place within yourself.

You look to greygold sky overhead, birdless. The friendly menace of the square settles itself more comfortably about you, turning over in its siesta, undisturbed by the catlike vigilance of the flâneur, familiar spirit of the place. The unconscious burble of its mystery resumes more confidently, dreaming the flâneur’s invisible presence just as he imagines the invisible birds.