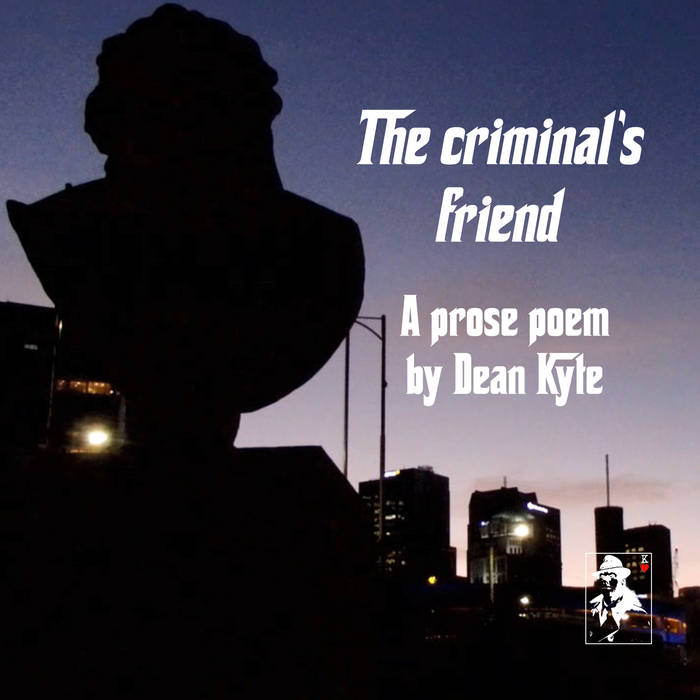 The velvet evening ungathered itself, descending on the city like a slow curtain closing on the final act of the day, a play in which nothing happens. Now the darkening scene was set for its true drama. Neon dawned on the cutout scape of skyscrapers, giving body to their silhouettes. Behind the flats, the spun glass of pinkish clouds cycled slowly through their clockwork constellations.

He had been away, in Brisbane, for much of the month, and was surprised to find that it was still comparatively mild in Melbourne for late June. He had his overcoat unbuttoned and his scarf draped behind his neck. A breeze, almost balmy for that time of year, set its teeth in him gently, like a playful puppy.

He loitered, smoking in the gloom, behind the timedulled bust of the Ercole Farnese, and watched the black back of St Kilda road beetle with the antlike pedestrians. The breeze bore him snatches of their voices along with the whistling screel and clanging clamour of the trams; but behind the wall of trees which defended the perimeter of the garden, these sounds reached him distantly, as though broadcast from another room.

He lingered beside the sorrowful hero, casting his bleary sight upon the nightdraped city, he who had more in common with that master craftsman of crime, the muchenduring Odysseus, the man of many twists and turns, than with the strong man. But something in the sculpture’s sorrowful strength propped up his own flagging spirits, his own weary, melancholy soul as he rested against its cool plinth. Perhaps he turned to Hercules out of some memory which was then unconscious to him: He had known the Hercule Farnèse in the Tuileries well and had sought out his silent, contemplative comradeship often as now, in the Queen Victoria Gardens, he repeated that gesture without even being aware of it.

He smoked impatiently, distractedly as he waited—for what or for whom he knew not. The vigil was all. Like a cat, it was his business to wait and to be ready for the unenvisageable eventuality. He gazed in the direction of Swanston street, the only indication of which was the mutter of restless movement issuing, invisibly, from Flinders Street Station.

He could not bear to go back to Young and Jackson, he decided, and it would be a very long time before he did so. Ought he to get on the 1 or the 6 and go to Lygon street for dinner? More memories would attend him there.

He was beyond the point where repetitions of old rotations could bring him even a melancholy pleasure. Now the memories which fond places evoked were bitter, and a seal was set over many of them, so that he must walk onward, toward the untrammelled frame which receded before him of a world with less and less new streets left to prowl.