In a lonely street 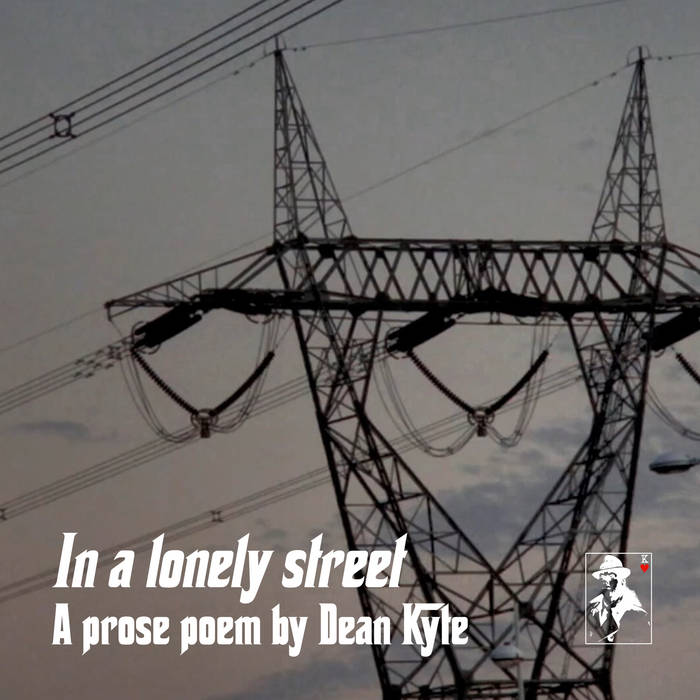 In this prose poem, Melbourne writer Dean Kyte speculates on the fate of a character he wrote about as a much younger man—and who continues to haunt the author still.

He idled in the twilit street, relaxed yet alert, as a man whose trade has taught him the vigilant patience of endless waiting idles.

All had fallen away from him: the allies of convenience he had cultivated in his trade; the machiavellian avidity with which he had once regarded politics; the hatred of the cops. Even smiling women bored him now: he had encountered all their infinite mendacities and deceptions, such that not one could impress him as being an original article.

Jail had not tempered him. Instead, the ascetic monasticism of prison had served to further dessicate the hermetic aridity of his soul. It was both boundless desert and a garden closed up which irrigated itself from a hidden source.

Stripped of everything,– even his trade,– the hard wood of his character had taken the inescapable impress of it: he was a detective. The sole pleasure which remained that soul divested of everything was the instinct of the wanderer, the loiterer, the professional surveillant who inhabited, catlike, the uncomfortable exteriority of the street like its familiar spirit, as though it were a cosy interior. This outward severity of aspect, the implacability of banality, the emptiness of public places transiently populated as vectors between private scenes now fell about his shoulders as closely as one of his own tailored suits and seemed the outward uniform of his interior landscape, deracinated of all but the most impersonal qualities.

The void of places transiently populated, the inscrutability of their faces, the vacuous, unconscious burble of their ebb and flow, the mystery of unmysterious reality now became his riddle and his koan where once the occult motives of clients, the lies of pretty women, the depradations of power, the corruption of the cops, the lusts of money and the commerce of sex had been the subjects of his inquiries and the objects of his investigations, plots thrown, like a banal and tawdry curtain, over this void, the inscrutable theatre of empty spaces unobserved, of time unlistened to.

KenzieVaness: “Light Wind at Night with Frogs”
freesound.org/people/KenzieVaness/sounds/365858/
(CC BY 3.0)